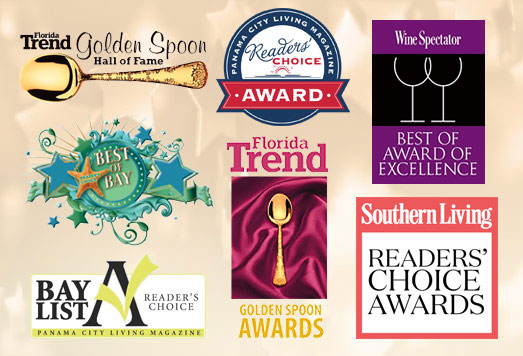 Capt. Anderson's restaurant has repeatedly won prestigious awards throughout the years, and been recognized by many national institutions and magazines as the best Panama City Beach seafood restaurant.

We were voted #1 Seafood Restaurant by Southern Living readers every year from 1996 to 2006, and were ranked among America's Top Fifty restaurants by Restaurants & Institutions.

We are the recipient of Wine Spectator's Award of Excellence and we were inducted into Florida Trend’s Restaurant Hall of Fame in 2005.

With every passing year Capt. Anderson's works harder at making a visit to our restaurant more enjoyable, and the continuing awards and recognition seem to indicate that the hard work is paying off!

Wine Spectator - Award of Excellence
The Wine Spectator Award of Excellence recognizes restaurants with interesting wine lists, whose selections match the menu, and that appeal to a wide range of wine lovers. The wine list itself must include vintages and appellations for everything - including wine by the glass. Spelling, correct producer names, and appearance of the list are also included in the judging.

The Bay List - Reader's Choice Winner
Each year, Panama City Living Magazine and its readers selects the best-of-the-best among local businesses and eateries. Capt. Anderson's has been fortunate enough to be the recipient of four "Reader's Choice" awards. 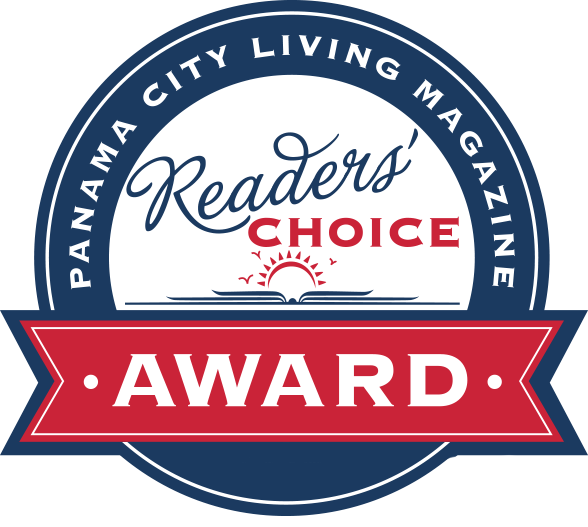